Anita’s Clubsport was bought three years ago by her husband for her birthday. It was original as they come….paint, interior, engine …never been touched. That however, only lasted a year.

The paint, interior and engine were stripped and replaced. The original blue paint is long gone, now replenished in immaculate Dupont Purple with Blue Pearl and the HSV cloth interior recovered in grey leather and purple suede. The once boring 185kw engine and turbo 700 box now rests at home under Anita’s bed, just in case she ever decides to return the car to stock, and in its place sits a true fire breathing monster!

The Delco engine management system remains, remapped in-house using “Kalmaker” software on our Dyno Dynamics dyno, and is more than capable of controlling the needs of such a hypo street engine combination. The “old” Clubby has been featured on the front cover of Street Commodores magazine, Issue 47, and won many trophies in car shows around the district.

This Clubsport has had a few changes since its feature in Street Commodores Magazine. The boot which as yet had not been touched was fully ripped out and boxed in and painted with 2 pack , the same purple with blue pearl as the car. A polished surge tank was fitted along side a Bosch 700hp fuel pump. Brakes, shifter etc were all changed. By this stage we were looking for a few more ponies. A polished PWR aluminum radiator and custom Paramount Performance intercooler were then fitted to help the engine cope with it’s new Vortech “S” Trim supercharger.

It was time to go back on the Dyno to be remapped using the same Kalmaker software to see what the big girl could do! At only 5000rpm, the engine punched out a respectable 420 rear wheel horsepower before running its 36pound Ford Motorsport injectors out of flow.

After changing to larger injectors we got some good but bad news. No more power was there to gain….the engine turned out to be more efficient than first thought and the “S” trim supercharger was just not big enough to cope . These changes were featured in the second edition of Street Machine Best Commodores magazine. 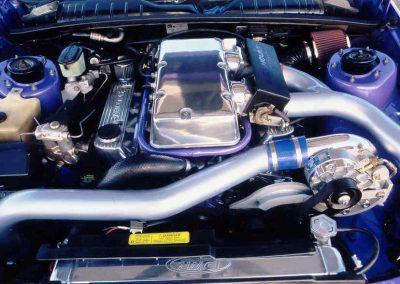 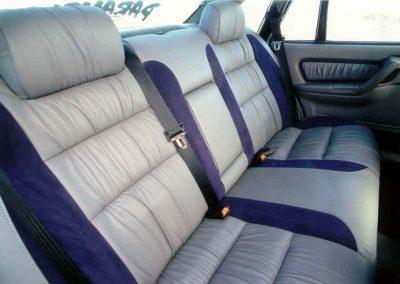 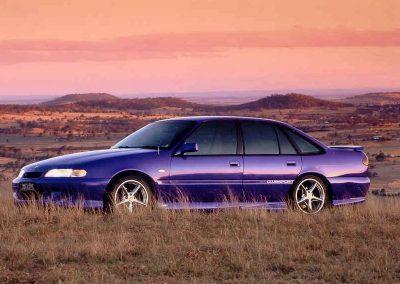